As we come to the end of June, recognised internationally as LGBT Pride Month, the annual Pride season is kicking off with events being held in hundreds of cities around the world to celebrate LGBT diversity, and campaign for greater rights and global equality. This is an exciting time for many of us, and with growing participation each year we are expecting to see record numbers of LGBT people travelling to take part in celebrations outside of their own country. 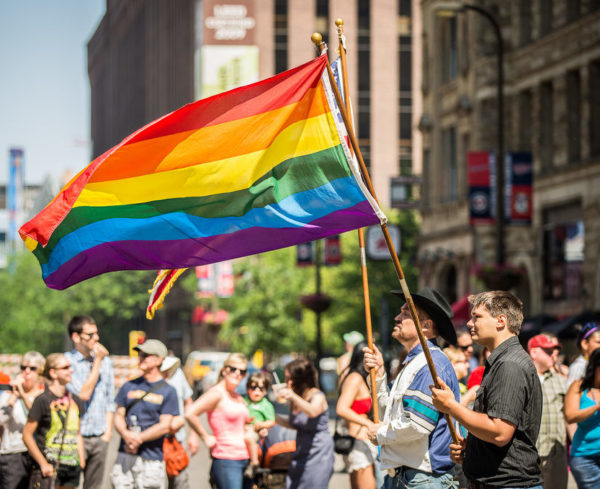 While advances in LGBT rights have been rapid in recent years, transgressions still occur, and LGBT travellers continue to have a globally elevated risk profile. This varies significantly from region to region, with the Middle East and Africa retaining their reputations as the most dangerous destinations for LGBT travellers, while Europe and the Americas generally have the greatest legislative protections against discrimination.

Despite these variations, there are some simple ways to minimise these security risks when heading overseas, and below we have outlined nine tips to keep LGBT travellers safe this Pride season.

1. Know the law of the country you are visiting

While in some cases the law will be easy to distinguish, in many countries this will be more complicated. For example, Egyptian law does not explicitly criminalise homosexuality, yet other laws relating to morality or ‘contempt for religion’ have been used to prosecute LGBT people in recent years. In other countries same-sex relations between men are criminalised, whereas relations between women are not.

Legislation around LGBT rights comprises of many grey areas when viewed on a global scale, and trying to understand the intricacies and applicability of these laws in settings you are not familiar with can naturally be tricky. If in doubt, visiting embassy websites and consulting with companies such as Healix for up-to-date travel advice will allow you to be fully aware of the legal codes and penalties associated with homosexuality.

Endeavour to find out more about the prevailing cultural and social attitudes towards LGBT people in the destination you are travelling to. While legislation may not prohibit same-sex relations, hostile social attitudes could present a more notable security risk. Understanding societal attitudes will also give you a better idea of how helpful the local police are likely to be in protecting LGBT interests, and responding to incidents should they occur.

Local media outlets that report on incidents of discrimination can be useful not just for their output, but for helping those from other countries understand how the LGBT community is perceived at a local level.

3. Familiarise yourself with the ‘safer’ areas of the place you are visiting

As well as requesting information on the standard risk zones of the place you are visiting (as all travellers should), LGBT travellers should pay particular attention to any notably conservative neighbourhoods that may have a high concentration of orthodox religious groups, where you may be more likely to experience hostility. In the same way, many major cities will have areas known for being popular with the local LGBT community, where Pride travellers are likely to feel more welcome.

Importantly though, travellers also need to remain aware of the specific risks that may be associated with LGBT venues and ‘gay-friendly’ neighbourhoods in high-risk countries; in some of these, LGBT venues are routinely targeted in police crackdowns on the community, with mass arrests taking place. These have occurred in bars, restaurants, gymnasiums, shopping districts, bathhouses and hotels that the authorities in hostile countries suspect are being frequented by members of the LGBT community.

Choosing the right hotel does not just mean choosing one that is physically secure, you should also account for how conservative the attitudes of hotel staff are likely to be and make an assessment of whether you are likely to experience discrimination during your stay. If you are travelling to a high-risk destination with a same-sex partner, you may wish to book a twin room rather than a double to enable you to maintain a lower profile.

As a general rule of thumb, internationally branded hotel chains are usually the safest bet, and these will be the most popular with the majority of LGBT travellers in anything beyond a moderate-risk destination. Travel forums for LGBT travellers are a great resource, and can help you identify LGBT-friendly accommodation options.

5. Subscribe to a risk alert platform, such as Healix Travel Oracle, before and during your trip

This will enable you to be alerted to any notable counter-demonstrations that may pose security risks to Pride events and their participants. Subscribing to our alerts will also keep you up to date with other unrelated security incidents that could occur during your trip, including extreme weather events that may require you to alter your itinerary.

6. Avoid public displays of affection to maintain a lower profile

In many countries holding hands in public is a breach of local laws, even between opposite-sex partners, and for LGBT travellers these risks are magnified. Even in locations where society is considered tolerant to homosexuality, same-sex public displays of affection can still draw unwanted attention and result in harassment. While in some instances this may be appropriate in low and minimal risk countries, you should always make an assessment of whether identifying yourself as LGBT in front of those around you could result in unwanted attention.

Similarly, while this is a personal decision, it is wise to avoid overt discussion of your sexual orientation with those you are not already familiar with. This includes in locations that may be considered private, such as taxis, on public transport and in hotel lobbies.

Be aware of increasing incidents of entrapment in hostile countries

If you are using LGBT apps, you should be wary of increasing incidents of entrapment in hostile countries. Gay social networking applications have been banned in some countries. In others, conversations held over such platforms have been used as evidence in trials. Moreover, these platforms have previously been used in incidents of ‘vigilante’ violence or blackmail. Always meet up with new acquaintances in a public place, and avoid sharing your exact location with people you have not met in person.

In the event of receiving unwanted attention or being subject to abusive harassment, you should calmly remove yourself from the vicinity, and avoid engaging the assailant in conversation. If you believe you are in danger, immediately contact the local police or your security provider – dependent on the quality and impartiality of the in-country security forces.

5 steps to securing NGO acceptance in the field