In 2013, the energy industry suffered one of its worst ever terrorist attacks. An Algerian-based facility, jointly run by two oil and gas powerhouses and the Algerian state oil company Sonatrach, was attacked by jihadist fighters. In this article, we assess the mistakes that led to and exacerbated the crisis, and suggest how alternative effective site auditing and counter-terrorism (CT) policies could have averted or minimised the loss of life. 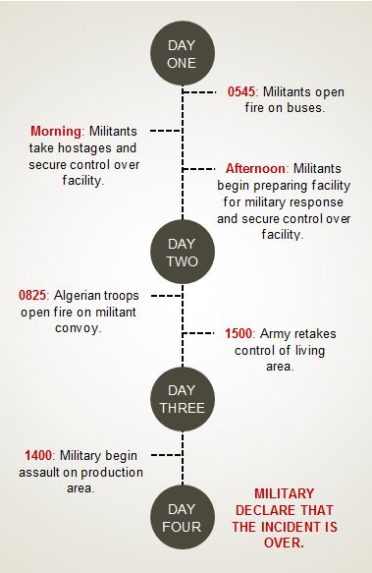 Early on 16th January 2013, gunfire erupted in the pre-dawn darkness as two buses left a secure housing compound at the Tigantourine gas facility in eastern Algeria.

The attackers, linked to a number of regional jihadist groups, including al-Mourabitoun, killed two individuals. The convoy scattered; one bus heading towards the gas facility, the other reversing back into the presumed safety of the housing compound.

These repercussions were not limited to the loss of life. Operations at the plant, which accounted for approximately 11.5 per cent of Algeria’s total natural gas output, did not resume full capacity for over three years. Given that plant revenue is around four billion dollars per annum, this puts the financial cost from lost revenue alone at over 12 billion dollars. Meanwhile, the attack led to high-profile investigations, including in the UK. Nicholas Hilliard QC, the coroner responsible for the inquest, specifically criticised the facility’s security environment. Survivors and families of victims have launched legal actions against the companies involved, and the incident attracted substantial and sustained media attention.

The consequences of not considering CT in risk management plans are not limited to the immediate loss of life or damage to property. Companies which fail to implement proportionate CT procedures expose themselves to operational, legal and reputational risk.

A full analysis of the failures that led to the In Amenas crisis is beyond the scope of this document. Instead, we have focused on one specific area; the lack of preparedness for an attack of this complexity and scale by facility management. Detailed analysis of the threat level, combined with a specialist site audit focusing on the risk from terrorism, would not have stopped the attack. However, actionable recommendations stemming from a complete intelligence picture and knowledge of the security apparatus at the facility could have substantially hampered the terrorist assault, possibly long enough for Algerian military units to deploy in time to prevent the facility from being overrun.

There was an assumption that Algerian border-security, law enforcement, intelligence and military forces were sufficient to protect the facility and personnel. Furthermore, management considered northern Algeria to be the area of particular risk, thereby neglecting the multiple threat actors to the south. There was also a belief that the lack of historical attacks against energy facilities was an indication of future targeting patterns. This approach:

What could have been done

A critical, independent assessment would have identified that the facility was actually at substantial levels of risk, and offered actionable threat-mitigation measures. Site zone protection, within the military exclusion zone, was the primary responsibility of Algerian gendarmes, rather than private security forces. Inner security protection was undertaken by unarmed civilian guards, who lacked the training or equipment to respond to a major threat. 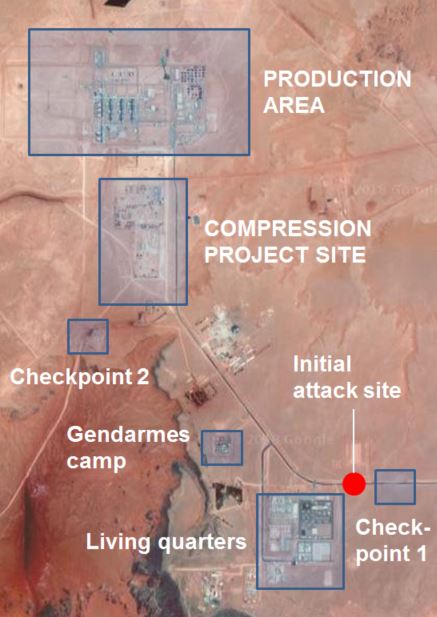 Healix International recognises the risk political violence poses to facilities and personnel across the world, from the Algerian desert to central London. That is why our Global Security Operations Centre (GSOC) has established a counter-terrorism desk, to provide specialist intelligence and consultancy services to clients. For more information, contact us at GSOC@healix.com.