Ghana, Malawi and Kenya have taken delivery of 400,000 doses of the world’s first ever malaria vaccine for the immunisation of children between the ages of six months and two years.

It is hoped that the RTS,S/ASOI vaccine will become part of the rolling programme to eliminate malaria from Africa. GSK, the vaccine developer and manufacturer, is donating up to ten million vaccine doses. The vaccine will be delivered, free of charge, in a four-dose course – once a month for the first three months and then again at 18 months – this is out of synch with other immunisation schedules and the WHO will be monitoring compliance very carefully. It has taken 30 years to reach this stage where the vaccine can finally achieve large scale human trials.

Although the vaccine protects only a third of children under the age of two from life-threatening or severe malaria, clinical trials have found those who are immunised are likely to have less severe cases of the disease. Smaller trials also showed that the vaccine prevented four in ten cases of malaria overall, in babies aged between five and 17 months.

The Ministries of Health are confident that they have the infrastructure to deliver the vaccine nationwide and to successfully monitor the impact on the epidemiology of the disease and also any side-effects of the drug. It is important to note that other important prevention measures will continue to run alongside the vaccine, namely bed nets and insecticide programmes.

Ghana has already made strides in reducing incidence of diseases like measles and polio among others through immunisation. Kenya and Malawi have also been approved by the WHO to receive the vaccine in its pilot study.

The concept of a malaria vaccine has been the aim of research scientists and epidemiologists for nearly 50 years and it is hoped that within five years a commercially available product will be available across Africa.

An unrelated partnership between the Government of Equatorial Guinea (EG) and industry partners in the oil and energy sectors have resulted in an agreement with the pharmaceutical company, Sanaria Inc, to trial the PfSPZ vaccine on EG’s Bioko Island from 2020. Bioko Island authorities have reduced malaria prevalence from 45% to 12.5% in 15 years, and established clinical research capacity in EG by developing a clinical laboratory and a national research institute. The plan is to eliminate malaria from Bioko Island (population of around 280,000) using PfSPZ vaccines, before moving efforts to mainland EG and other parts of Africa.

Why has it taken so long for a malaria vaccine?

You would have thought that a disease that potentially affects 40% of the world’s population, causing an estimated 219 million infections annually and resulting in almost half a million deaths, predominantly in children under five years of age, would be top of the list for a vaccine…

Well, it has been the goal of many organisations / governments / public health bodies / pharmaceutical companies for many decades but there are reasons why we are only just seeing the first vaccine go into large scale trials across selected countries in Africa.

The microscopic malaria parasite is not so easy to tackle. It has figured out ingenious mechanisms to fool the body’s immune system. Basically, it has developed the ability to ‘transform’ at frequent intervals so that it remains behind a cloak of anonymity. It has been described as a ‘shapeshifter’.

The cells in our blood are able to recognise ‘foreign objects’ in the body, in this case proteins on the surface of the cells, and attack them. Once the invader has been defeated the immune system has the ability to remember the particular characteristics of the foreign body and is ready to unleash a concerted defence if it shows up again.

This is ‘immune memory’ and is the basis behind vaccination – a small part of a virus or bacterium, deactivated, dead or alive, is introduced into the body in such a way that it will not make you sick but will allow the body to learn how to defeat it in future.

Malaria is much more complex – first of all it is a parasite and isn’t so easily recognised as an invader as it more closely resembles the body’s own cells. Secondly, it goes through three different transformations in which it looks radically different at each stage, thus presenting three different ‘invaders’ present at once. 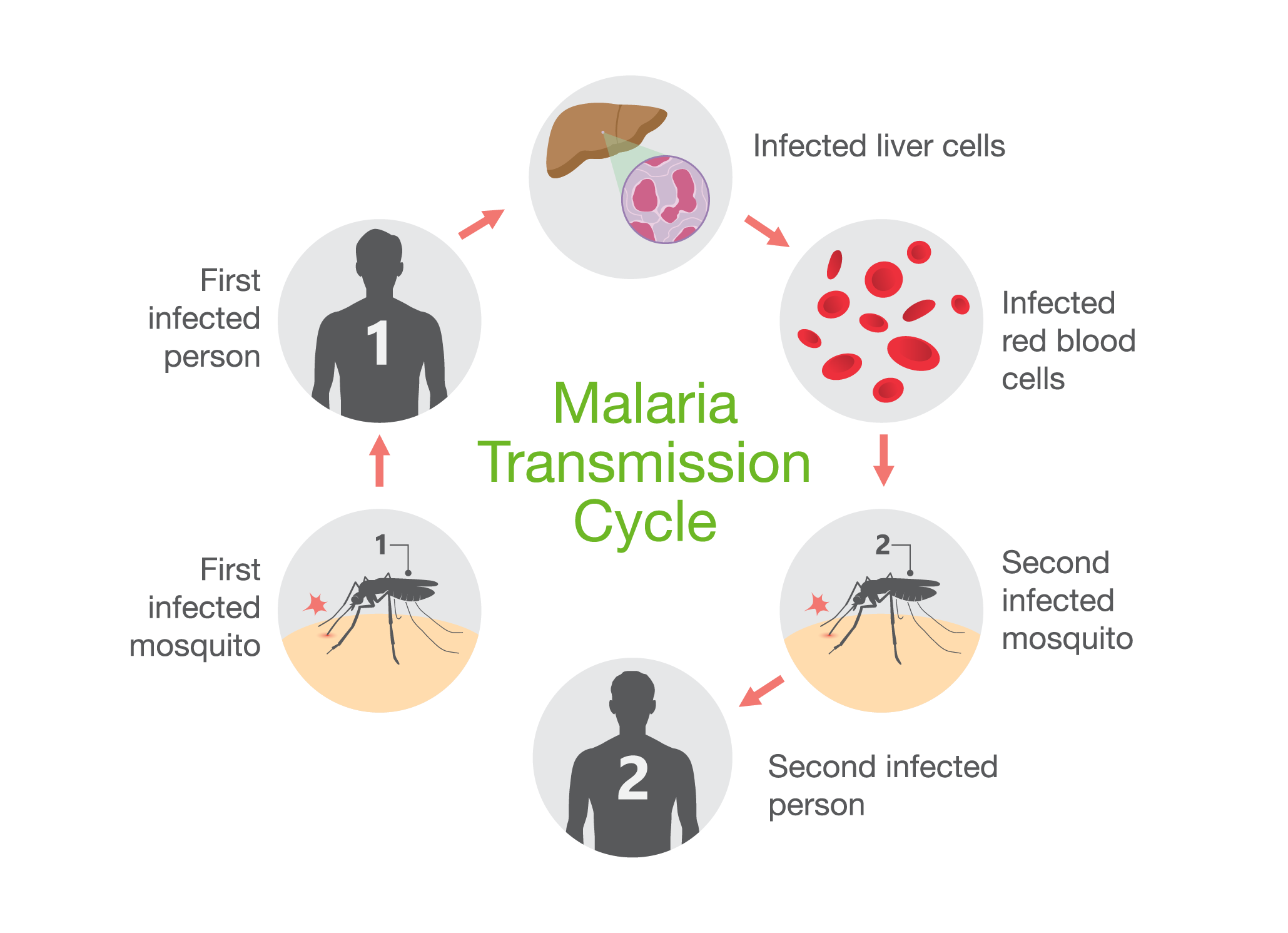 Currently, the most complex vaccine that we have available for use is for the pneumococcus that causes pneumonia – it covers only a dozen ‘variants’ of the bacteria, and as such is very expensive to manufacture. Any similar vaccine for malaria would have to recognise many hundreds of malaria forms around the world and, as you can imagine, it would not be feasible to produce a vaccine that covered all of these.

The RTS,S vaccine that is currently beginning initial trials in Malawi, Ghana and Kenya is to protect you in stage one, before the infection takes hold. It teaches the immune system to hunt for a bit of protein that is always on the surface of the parasite. Unfortunately the protection provided by RTS,S is not strong enough for long enough to make real headway to eradication. Also there are other forms of protection such as bed-nets and insecticides that are more cost-effective for saving lives, especially if they are distributed with reference to the very detailed maps that are being produced to show specific areas of outbreaks.

Deaths from malaria have dropped 42% since 2000, thanks to investments in bed-nets that prevent it and medicines that cure it. The malaria vaccine will hopefully prove to be the next step towards a further dramatic reduction in childhood deaths from the disease.

A Healix Bite Prevention eLearning Course is available to inform and protect staff working abroad. Please contact us for more details at enquiries@healix.com.