Sebastian Liu, Regional Operations Assistant for Asia Pacific at Healix International, writes on Singapore-Malaysia relations which are at a low amid an ongoing dispute over waters off Tuas. 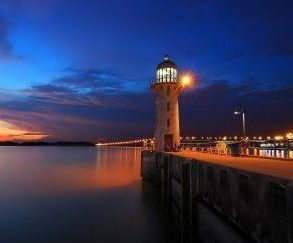 While some Singaporeans optimistically celebrated the victory of Prime Minister Mahathir Mohamad and his Pakatan Harapan (PH) coalition during Malaysia’s general election in May, commentators warned of rocky times ahead with Mahathir at the helm. Bilateral relations between Malaysia and Singapore have indeed been tense since, as Mahathir resurfaced several issues that he had raised during his previous term in office. The principal disputes over the past few months include the price of water being imported by Singapore, the management of airspace over southern Johor, and a territorial dispute over waters off the coast of Tuas after Malaysia extended the limits of the Johor Bahru port.

The target of Mahathir’s provocations are not limited to Singapore; Mahathir has been a vocal critic against the inflow of Chinese investment, and has even brought up Sri Lanka’s debt trap plight as a possible consequence of inviting Chinese money into the country. Mahathir claimed in August that a joint venture between Malaysia and China, the Malaysia-China Kuantan Industrial Park (MCKIP), was walled off from locals and implied that Chinese investment projects were infringing on the country’s sovereignty.

The identification of an “other” as a shared adversary among the Malaysian collective serves to stir up nationalism, and plaster over cracks in the fragile state of domestic politics in Malaysia. The differences in party ideologies, even between factions within parties, have led to political infighting in PH. This was evident even before the general election. More than 200 members of the Parti Keadilan Rakyat left the party in January as they deemed the party’s decision to work with Mahathir a deviation from the party’s ideology.

The disputes also serve to distract the Malaysian population from the fact that PH is struggling to fulfil its campaign promises. Mahathir admitted in August that the PH did not expect to win the elections in May, and had made far too many promises during the campaign. Emphasizing bilateral disputes is likely motivated in part by the prime minister’s domestic agenda to appeal to the interests of the Malaysian collective during a period where the electorate’s most cited concern is the rising cost of living and the need for faster economic growth.

In response, Singapore has adopted strong rhetoric against Malaysia due to the importance of water security and need to protect Singapore’s territorial boundaries, specifically the reclamation works within its borders. Malaysia regularly hampers such projects by claiming that these works take place in Malaysia’s territory. Moreover, the price of imported water is an existential concern for Singapore as the country is dependent on imports from Malaysia to satisfy around half of its current water needs. The underlying motivation of Singapore’s strong rhetoric against Malaysia, however, is driven by the fact that as a small state, Singapore has to emphasize and ensure that countries adhere to a regime that is based on international law and norms. Singapore simply cannot allow the principle of state sovereignty to be violated, lest it encourage future transgressions by its larger neighbours.

The recent departure of Malaysian vessels, save for a sole remaining craft, from the disputed waters off Tuas represent Kuala Lumpur’s willingness to de-escalate the ongoing maritime conflict. It is highly unlikely that either country will resort to the actual use of force as there is no domestic support in either state for conflict, and it would serve no strategic purpose. Socioeconomic ties between both countries remain robust; Singapore continues to be Malaysia’s biggest trading partner, and Malaysia is Singapore’s third largest.

Despite the de-escalation of tensions in the short term, wider disputes relating to the price of water, airspace delegation, food security, and territorial claims will likely remain recurring issues in bilateral relations. Mahathir will continue to raise concerns about other bilateral agreements with Singapore if they are helpful in characterizing the relationship as economically uneven, including policies relating to food security, as this serves his domestic agenda of unifying his coalition government against a shared “other.”

The ongoing disputes over the territorial waters off Tuas and the airspace over southern Johor will be discussed in a bilateral meeting that has been set for the second week of January 2019.