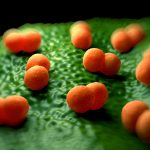 The number of those being infected with the bacteria Neisseria meningitidis has been increasing year on year in Fiji.  In 2010, less than 10 cases were reported annually, whereas there have been around 20 infections already reported this year. Although details of the current epidemic are fairly scarce at present, reports detail that it is a group C meningococcal strain that has been responsible for the infections, and that the WHO are making available supplies of a vaccination that covers this particular strain, as well as protecting against strains A, Y, and W, should they occur at a later date. The regions affected by the outbreak are likewise not widely reported at present, but a cluster of cases has been reported at St John’s College Cowaci in Levuka, Ovalau island, as well as from the Navesau Adventist High School, Tailevu province, on the mainland.

Meningococcal disease can cause a potentially fatal inflammation of the lining of the brain: meningococcal meningitis. Without treatment, around 50% of those affected with this condition will not survive. In 2017, about 14% of patients died in Fiji following this form of bacterial meningitis, emphasising that even when treatment is available, the death rate is still very high.

Early diagnosis and treatment are major prognostic indicators for recovery. It is important to recognise the signs and symptoms when they present, and seek urgent medical attention to obtain efficient treatment. For more information, please see our Meningococcal Medical Briefing.

Other parts of the globe are particularly devastated by meningococcal disease. Spanning 4,000 miles across sub-Saharan Africa, from Senegal in West Africa to Ethiopia, there is a ‘meningitis belt’ in which the incidence of this illness is said to be around 1,000 times more than is experienced in Europe or the US. Within the belt, around 20,000 individuals are infected annually, thousands fatally so – during epidemic years the case numbers can be 10 times as high. Although antibiotics can be effective if given at an early stage of infection, immunisation is the mainstay of prevention. As the predominant strain of meningococcal infection has changed over the years, the WHO aim to vaccinate affected countries using the A,C, W,Y, vaccine.