World Mosquito day is observed annually on 20th August and dates back to 1897 when scientist Sir Ronald Ross discovered the link between mosquitos and the transmission of the malaria parasite. 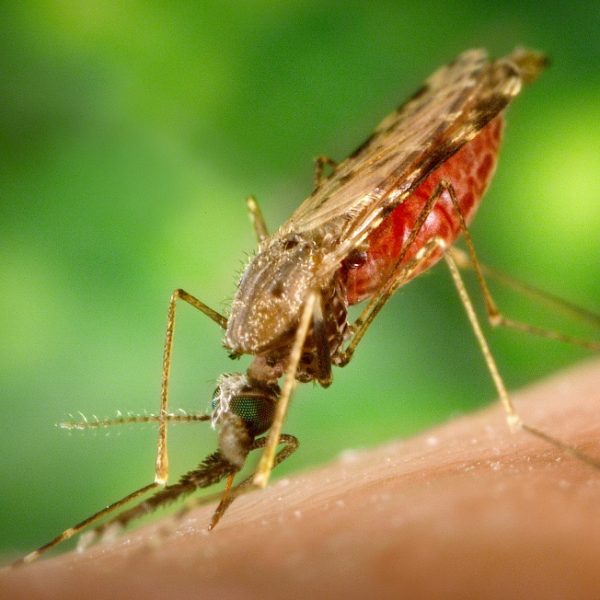 Following a bite from an infected mosquito the incubation period before symptoms appear varies between one and four weeks in most cases. Depending on the Plasmodium species involved however, much longer incubation periods are possible.

Once the Plasmodia multiply inside the red blood cells, fever and multi-organ disease may ensue, which in some instances can be fatal. Symptoms are much reduced if the patient is semi-immune following repeated previous infection. For this reason, most malaria deaths in Africa occur in young children without previous exposure.

For travellers and those working abroad, malaria can be prevented through the use of prophylactic drugs which suppress the blood stage of malaria infections, thereby preventing malaria disease. Each particular anti-malarial medicine has its own set of advantages and the selection of the best anti-malarial for an individual should be discussed with a medical professional.

Mosquitos not only carry malaria but other common diseases such as dengue fever, Chikungunya and Yellow Fever. Antimalarials will not protect you against these other mosquito borne illnesses, so therefore practising bite prevention methods is essential.

Things to consider for bite prevention

Clothes
Wear trousers with socks, long-sleeved shirts and proper shoes – avoid flip-flops. If going to an area of particular risk, clothes can be purchased which have been pre-treated with the insect repellent permethrin. These are said to retain their repellent activity even after many washes. Clothes can be self-treated with permethrin but they must be dried before use and are likely to require re-application of the insecticide more frequently than the pre-treated version. Guidance will be in the permethrin product information.

Spray
Insect repellent sprays have been available for decades and are a very effective precautionary practice to adopt. DEET-containing sprays are particularly effective. As DEET concentrations above 50% have not shown any added protection, sprays between 20-50% are advised. Alternatives to DEET are picaridin or oil of lemon eucalyptus (30%). Since these have generally been shown to be only as effective as products containing the lower concentrations of DEET, they may require more frequent applications. Sprays should always be used on healthy skin, uncovered by clothes and exposed to the air.

As the protection is dependent upon the product, perspiration, humidity and exposure to water, guidance from the product information is required. Products which jointly contain a sunscreen and repellent can be problematic as the two components may require differing application rates and are therefore not recommended by the CDC.

Although it is tempting to think that spraying is only necessary at dusk or in the evening, in many countries diseases such as Malaria (which is often acquired at dusk) are coincident with conditions such as Dengue or Chikungunya (which are often transmitted during the day). Spraying may be necessary at all times when outside, or not protected by nets or air conditioning.

Inside precautions
The use of air conditioning is particularly effective in decreasing the activity of insects such as the anopheles mosquito, responsible for the transmission of malaria. If this is not available then window nets and sleeping nets are advised. If the sleeping net does not reach the floor then tuck the net under the mattress. Nets can also be treated with permethrin.

Spatial repellents are those which disperse an active ingredient into the room and usually take the form of coils, which you burn, or small devices which require electricity to vaporise a tablet or liquid. The product information will describe the optimum conditions for their usage but it is advised that they are used in conjunction with other measures such as spraying, nets and the use of air conditioning.

Healix offer a malaria e-learning prevention course, which has been designed and written around the principles of malaria prevention and risk mitigation measures. This user friendly, informative course is designed to help employers meet their duty of care obligations, as well as enable employees to recognise the seriousness of the disease as well as know what to do if symptoms are experienced. To find out more, contact us at enquiries@healix.com.