Tim Crockett, our Vice President of Security for the Americas, is currently taking part in The Talisker Whisky Atlantic Challenge – the world’s toughest rowing race. 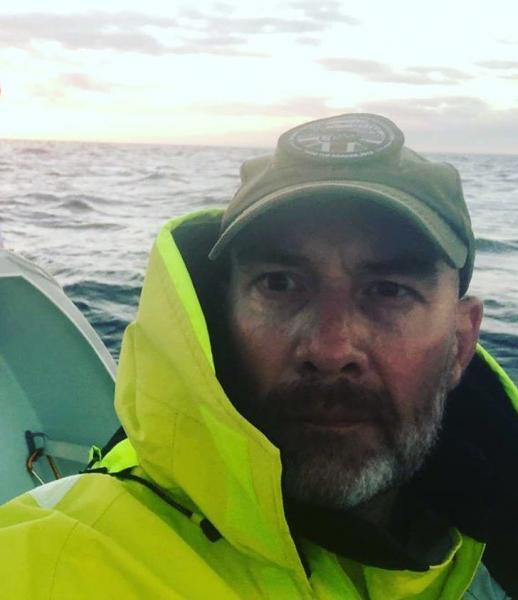 Starting from San Sebastian in La Gomera in the Canaries on 12th December 2018, Tim has been rowing solo towards the finish line at Nelson’s Dockyard in Antigua, over 2,557.91 nautical miles (NM). He has chosen to undertake this gruelling challenge to raise money for, and continue the conversation around, veteran’s mental health.

Tim got off to a great start and quickly adapted to his new home on the water, covering an impressive 59.31 NM in the first 24 hours of the race.

His initial focus was to get into a solid routine of rowing, resting and general housekeeping, but sadly on the second night out on the water, Tim tweaked his knee when trying to get in to his cabin meaning that he had to take it easy for a couple of days.

Tim has also been battling ever-changing weather conditions on the open sea. With the swell coming from one direction, wind and waves from another, the boats auto-helm was being overworked and started to burn out on day five. The auto-helm is a self-steering piece of equipment that links the rudder to GPS coordinates, so the boat can maintain course without the need for constant manual action. Its failure was of real concern as it was this that was keeping Tim pointing in the right direction while he rowed and slept. In order to conserve its capabilities, Tim resorted to only using the auto-helm at night, and spent a tough day learning how to hand-steer the boat in torturous seas, “rowing in circles” as he got smacked by big waves sending his oars flying.

One of the most exciting prospects of this trip for Tim was the chance to see some spectacular wildlife, but after three weeks at sea his only encounter was with a flying fish – passing just inches from his face in the middle of the night while he was sleeping. However, just as he was beginning to feel disheartened, a pilot whale paid a visit, circling the boat and swimming under it before playfully darting off, only to return again. The encounter lasted 20 minutes, breaking the feeling of isolation and while Tim was thrilled to have had such an amazing experience, he described its parting as a “sweet sorrow”.

Not only did Tim spend Christmas Day out on the open water, he also celebrated his 48th birthday at sea on New Year’s Day.

At the time of writing, Tim is in second place in the solo division of the race, and is 23rd in the overall race standings. He has rowed 953.31 NM to date and spent over 500 hours at sea, and is closing in on the halfway mark.

The winds have normally been blowing from the NE then ENE to E throughout the challenge at wind speeds averaging between 12 to 18 knots. However, the winds have recently been veering, moving in a clockwise direction, from E to ESE to SE, so Tim has had to put out a sea anchor to slow the boat from going in the wrong direction. While this has slowed his progress, Tim decided it was the best rowing strategy in order to maintain a westerly course towards the finish.

As of 1st January, Tim’s estimated time of arrival in Antigua is 9th February giving him a race time of just 57 days.

Healix are proud to be a headline sponsor of the campaign. During the row, Tim has been battling sleep deprivation, unpredictable weather patterns, aches, pains and sheer exhaustion. Our team of doctors and nurses have been on hand throughout to provide 24/7 medical assistance should he need it, in the form of telemedicine consultations accessed via the satellite communications system on the boat. They can provide him with the insight he needs to keep up with the required pace and ensure his physical and mental health remain strong.

Not many of us could take on this challenge, but we can all agree that what Tim Crockett is doing to raise money and awareness for the mental health of fellow veterans is nothing short of astounding. We are thinking of you Tim and wishing you all the best!

If you would like to learn more about Tim’s row and donate to the campaign, please visit www.tamethekraken.org. You can follow Tim’s progress via his dedicated Facebook page.